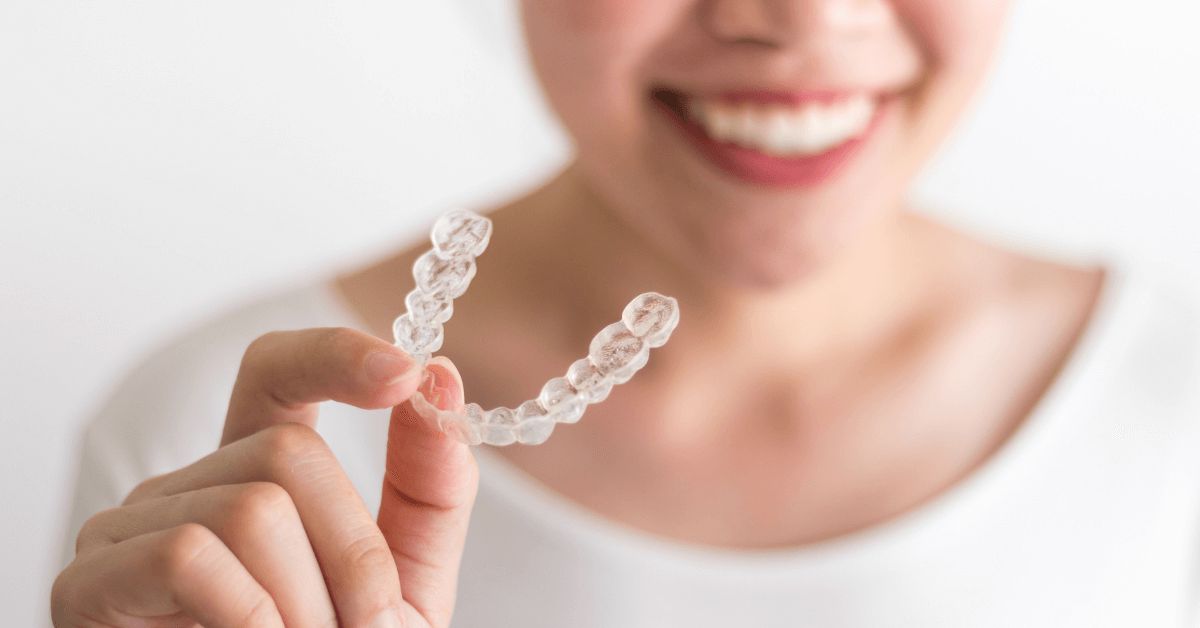 Following the publication of this article, The Age and Herald have received confirmation that AHPRA’s investigation in relation to Invisalign Australia Pty Ltd related to a singular complaint. AHPRA has completed its investigation of Invisalign and determined that there is no basis under the Health Practitioner Regulation National Law (National Law) to further investigate Invisalign due to the nature of its business and advertising. The situation may be different for other advertisers of dental appliances and services, depending on the business model of the advertiser and the nature of the advertising.

Instagram influencers are being paid thousands of dollars to promote teeth-straightening products online, sparking complaints from the dental industry that laws governing disclosure of these arrangements are being broken.

Clear orthodontic teeth aligner products such as Invisalign have exploded in popularity in recent years, in part due to exposure from North American pop stars such as Billie Eilish, Justin Bieber and Shawn Mendes. The target market is image-conscious teenagers and adults who want straight teeth but wish to avoid the intrusiveness – or cost – of metal braces, which can cost as much as $9000, including orthodontic appointments.

The Age and The Sydney Morning Herald can reveal that federal regulators have received a series of complaints from the dental industry about the marketing of invisible aligners by Australian social media influencers and celebrities. The complaints relate to products made by local and US companies including Align Technology and SmileDirectClub. Align Technology markets the dominant Invisalign brand.

The complainants claim a former high-profile Australian TV presenter and dozens of social media influencers with thousands of followers promoted Invisalign and other teeth-aligner products on social media platforms without adequate disclosure.

This would breach Australian laws that require they disclose any payments, products or services received for their advocacy under the therapeutic goods advertising code. A failure to disclose is a breach of the code that could fetch a maximum fine of $1.05 million.

In the UK the competition regulator, the Competition and Markets Authority, is cracking down on social media influencers, launching an investigation amid concerns they are not properly declaring whether they are being paid in cash or products to endorse goods or services.

The Australian Competition and Consumer Commission said it was looking at social media advertising and undisclosed endorsements but was yet to take any action.

In Australia influencers who promote a clear aligner for an orthodontist or dentist’s clear aligner services or treatments without disclosing their commercial arrangements are breaching the Health Practitioner Regulation National Law, which attracts penalties of $5000 for individuals and $10,000 for companies. Each advertisement is treated as a new offence.

If an influencer spruiks the aligner for a direct provider it is also a breach of the law on the basis the provider is including an initial remote orthodontic service.

Australian influencers can charge as much as $15,000 a post, depending on the number of followers they have and engagement levels. Some receive cash or discounted products and services and a percentage of the sales made if they use a discount code.

“Nobody is even bothering to pretend to follow the law … At least the banks had the decency to pretend they were.” – Industry insider

The complaints, viewed by the Age and Herald, accuse regulators including the Therapeutic Goods Administration, the Australian Health Practitioner Regulation Agency and the Australian Competition and Consumer Commission of failing to enforce the rules and regulations.

An industry insider, adopting the pseudonym John Frederickson in his complaints to regulators, politicians and the media, likened the booming clear teeth aligner market in Australia to the Wild West.

“Nobody is even bothering to pretend to follow the law,” he says in one of his letters, noting that any benefits are supposed to be declared by people spruiking health products.

The insider, who believes he would lose his job if he revealed his identity publicly, says illegal advertising to sell aesthetic medical treatments to teenagers and children was becoming the norm.

“These companies have so much cash to splash around to buy market share with social media influencers,” he said.

The letter, which a third party supplied to The Age and Herald, attaches dozens of social media ads and testimonials the professional claims break the law.

He said this presented a “clear and present danger to vulnerable health customers”.

In a follow up letter sent on September 9 he warned that the situation had worsened as some clear aligner companies had started to employ a system of referral codes as part of the remuneration of the social media influencers. He said this was a breach of the regulations.

He highlighted Australian-based direct-to-consumer operator EZ Smile’s entry-level referral code which offered those prepared to give an online review of its orthodontic services a $100 Mastercard gift card for every patient successfully referred.

“Give a friend 50 per cent off our Impression Kit. Get a $100 Mastercard gift card for yourself when they order their clear aligners,” the promotion says.

The rapid growth in the industry has disrupted the traditional dental market and split the profession between enthusiastic promoters and those who believe the product has a place along with traditional braces but are concerned the techniques used to sell them flout the law.

Invisalign aligners, which are also prescribed by a registered orthodontist and include follow-up appointments, typically cost about $6500, compared with the direct-to-customer market which charges as little as $2499, due to the limited clinical oversight.

According to global research house Market Research Future the global clear aligner market is growing at 20 per cent a year and by 2025 it will be worth $US7 billion, compared with $US1.8 billion in 2018.

The Australian market is growing at a compound rate of 25 per cent a year and by 2025 is estimated to be worth $US210 million.

Align Technology and SmileDirectClub are both listed on the US stockmarket, and boast a combined market capitalisation of $US19 billion.

The TGA said it had received 50 complaints in the past six months that relate to breaches of the advertising code for clear dental aligners. It declined to comment on any ongoing investigations but said most of the complaints encompassed sponsors of the product, individual practitioners and social media influencers.

AHPRA and the Dental Board of Australia confirmed they were also investigating a number of complaints about advertising by registered dental practitioners and corporate entities.

One of Invisalign’s more famous customers is Billie Eilish, who, in her latest music video, Bad Guy, tells her fans “I have taken out my Invisalign”, then hands them to a bouncer. Eilish’s management confirmed she has no past or current commercial relationship with Invisalign, and was not paid to mention them on her album.

Justin Bieber also used Invisalign as a teenager and has spoken about the product on YouTube. Shawn Mendes signed a commercial partnership with SmileDirectClub earlier this year. There is no suggestion Eilish, Bieber or Mendes have broken Australian laws.

Instagram and Facebook host hundreds of posts by media influencers promoting perfect teeth. One influencer who had promoted teeth-straightening products on Instagram confirmed to the Herald and Age that she was paid by Australia-based company EZ Smile to be part of a campaign to promote the company and product.

Another TV personality described in an online post how his daughter had used Invisalign to straighten her teeth. The personality did not respond to a series of questions, including whether he received a payment or discounted treatment for his daughter from Invisalign or his orthodontist for promoting the product and whether he thought he should have made a disclosure for transparency. Instead he said he had referred the questions to his publisher.

EZ Smile defended its marketing practices. The company said complying with regulatory authorities was a focus but admitted that it was “a work in progress”.

“It comes as no surprise that our more traditional competitors, including the expensive in-dental chair treatments and their broader representative bodies, might wish to make complaints about us as we represent a major industry disruption and considerable reduction of income to established industry,” the company said.

EZ Smile said it did not pay media influencers in cash but did give discounts and free products. It added that it had full confidence in the safety and effectiveness of its treatment plans.

“We have had no control or pre-publishing read-throughs on any of their write ups and no one has been treated unless they have been suitable and willing candidates … It’s been a very transparent process,” the company said.

SmileDirectClub declined to respond to a series of questions. In a statement it said it took its legal and compliance obligations seriously.

“Assertions to the contrary are rejected,” it said in the statement. It said the company was “founded on a simple belief – everyone deserves a smile they love”.

“SDC is disrupting the dental and orthodontic industries in Australia. The cost to patients is significantly lower than the cost of aligner therapy at traditional brick-and-mortar dental or orthodontic practices. SDC enables a large segment of the population to have access to orthodontic treatment, which they otherwise may not have as a result of cost, location and/or time.”

Invisalign declined to respond to questions but said in a statement it was committed to compliance with regulatory requirements. It said Invisalign clear aligners can only be prescribed by Australian registered dentists or orthodontists and its consumer marketing initiatives were designed to build brand awareness and connect consumers interested in Invisalign treatment to an Australian registered dentist or orthodontist of their choice.

Are you a dental practice owner looking to start digital marketing but unsure of which initiatives and tactics are aligned to the AHPRA regulations? We might be able to help! Click the button below or fill-up the form at the bottom of this page. 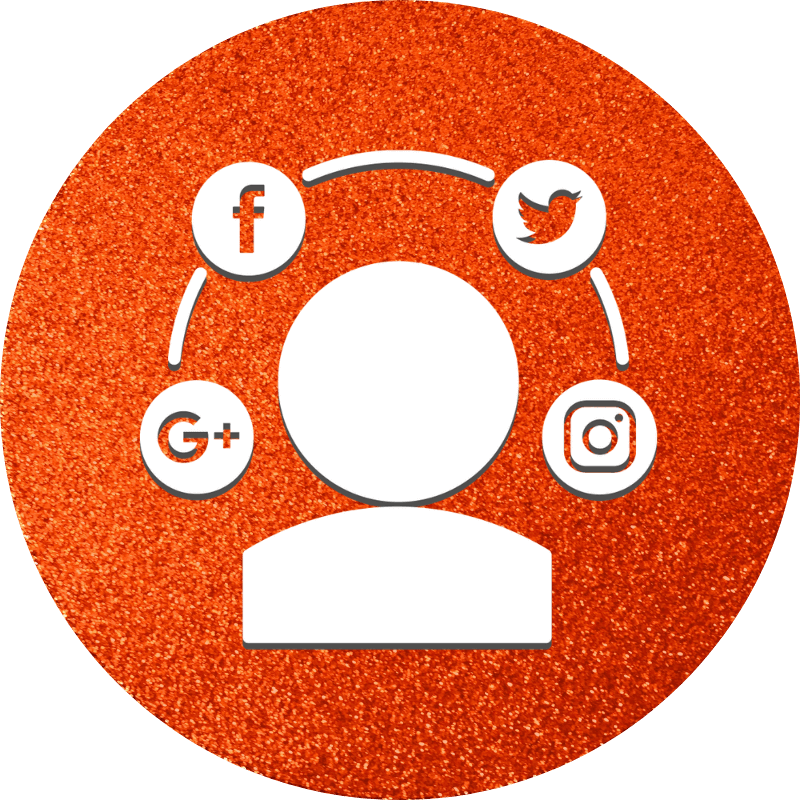 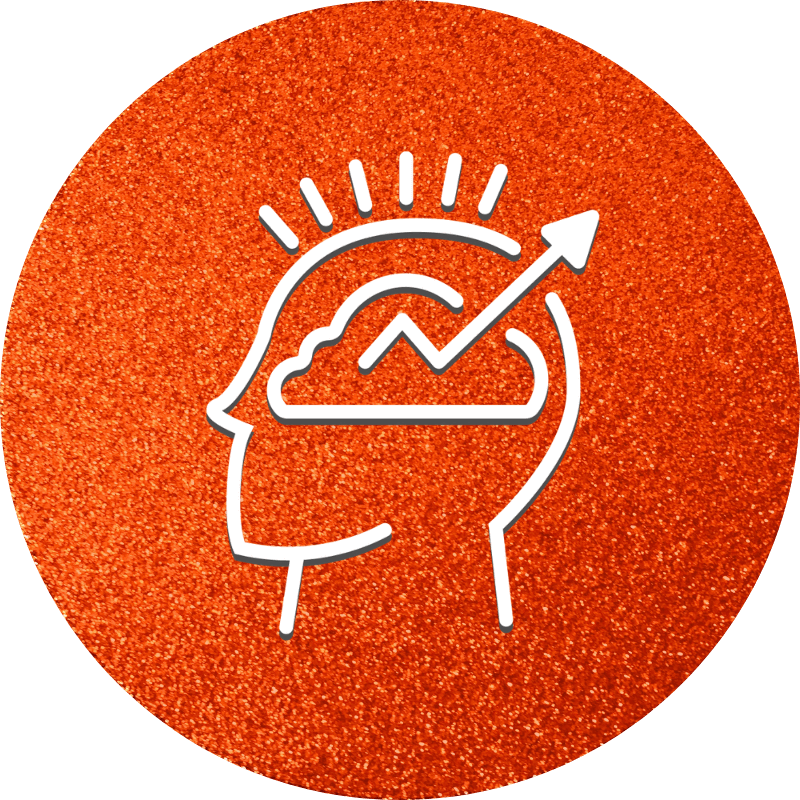 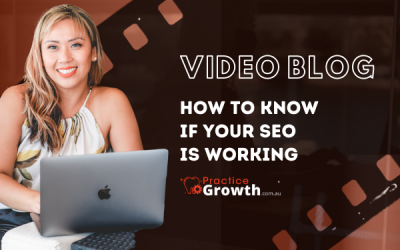 How To Know If Your SEO Is Working

Many other dental practices have invested money in digital marketing, on SEO. In this video, I’ll be sharing with you how to know if SEO… 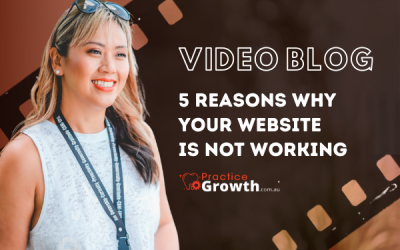 Ever wondered why your website is not generating you new patients for you dental practice? Watch this video as Liza shares 5 reasons why… 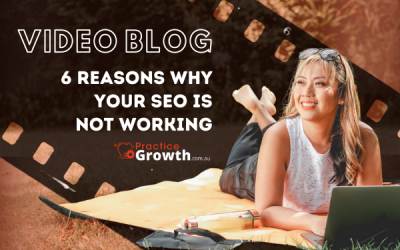 In this video, Liza will be sharing with you the five reasons why your SEO is not working for your dental website…